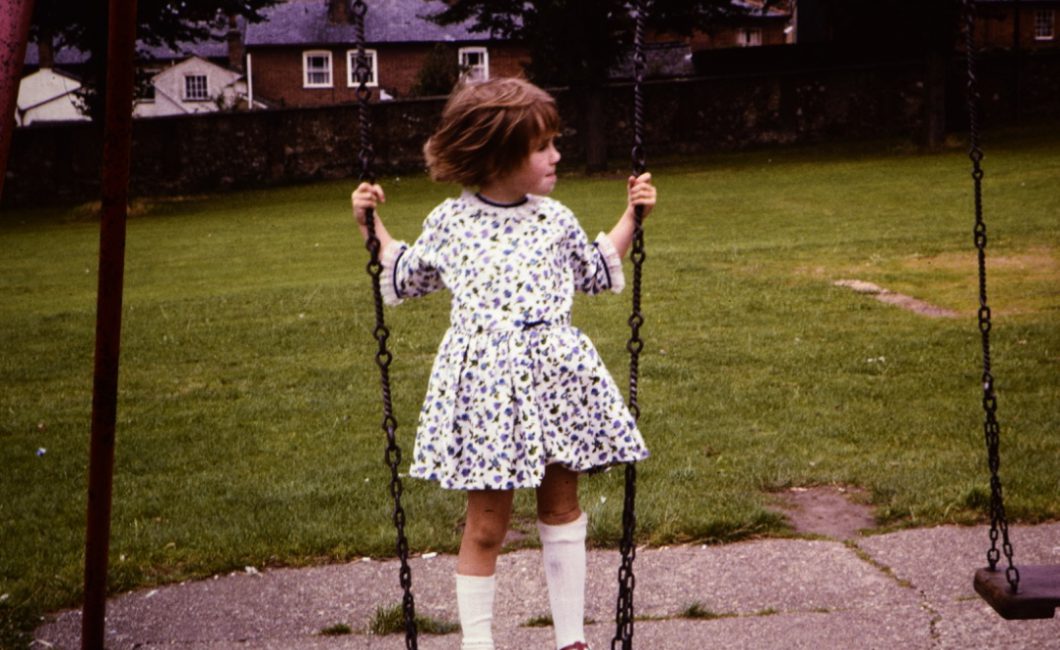 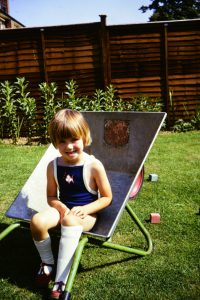 I have been working at writing my memoir for several years now and have attended several courses with the Arvon Foundation and The Guardian/UEA to try to improve my skills. My aim is to tell the story of the impact of three Distaval tablets on my whole family, particularly my parents. Whilst pulling in the bigger story, that is not my primary aim, as Martin Johnson’s new book deals with the factual side/larger picture superbly well. Instead, I am going ‘micro’ to illuminate the ‘macro.’ As someone who ‘only’ lost one leg and a thumb, I am also well aware that I am only telling my own story and never trying to speak for anyone else affected by Distaval (thalidomide). We all have our own stories to tell.

I hope that you enjoy the extracts below and please do send any feedback to me through the Society. I am aiming to finish a final draft in the winter and plan to try and get Skew-whiff published. Thank you for taking the time to read on.

Extract from Chapter 7: Our Day Out Together

As I snuggle into my stripy flannelette sheets, I look at my tin alarm clock and lift it up again to check that I have set it for 6.30am. The clock had been a sixth birthday present from Gran and Pa earlier that year. It depicts Noddy, Big Ears and Mrs Teddy. Noddy is sprawled flat out on the grass, managing to be fast asleep but still frowning, nodding his head to mark every passing minute. Big Ears is creeping up from behind a grassy knoll, with vicious eyebrows, looking like he is about to wake Noddy up. The large yellow dial at the top of the face does indeed read 6.30am, although it is fiddly to set it exactly without my right thumb. Anyway, I know that Mummy will come and make sure that I am awake for our day out together.

First thing in the morning we travel with Daddy, who drives our Vanguard Estate to Colchester Railway Station. Once we have parked the car, Daddy buys us our tickets which are like tiny yellow printed strips of the sugar paper we have at school. Now we are straight into the bustle of rush hour commuters – a canopy of black bowler hats; a battalion of battered leather briefcases and an armoury of huge black furled umbrellas that seemingly move as one down the platform. Trotting along in an effort to keep up with the grown-ups, I clutch my mother’s gloved hand as tightly as I can, feeling excited about the day ahead. Since the arrival of Ian and Diana, I rarely have my Mummy’s undivided attention anymore so these day trips to London twice a year feel very special. My head is parallel to my Mummy’s waist, she has on her tweedy green winter coat which, if I get too close, scrubs my cheek like a rough flannel.

We all climb up the concrete steps and trip-trap over the bridge to ‘Platform 3 Trains to London’. My pace quickens with anticipation. There is no troll awaiting us under the bridge – just a long and narrow WH Smith bookstall with a man in a brown overall behind the counter. Mummy and I have a ritual – I can choose a new Enid Blyton book and she buys a Family Circlemagazine.  Best of all, a box of Callard & Bowser butterscotch for us to share. We never have that at any other time – just on our days out together – and it is a real treat. The small white box is embossed with shiny silver lettering and a tiny thistle to indicate it has Scottish roots. It is parceled in cellophane and the top of the box tips back, not unlike the cigarette cartons that Grandma and Grandad are always offering one another – they open those with a well-practiced flick of a finger. At seven years old, I have already learnt to hate the smell of stale tobacco on their clothes and much prefer the sickly sweet aroma of the butterscotch. Even better, I have a new adventure story to read –The Mystery of the Pantomime Cat.

Once we arrive at Liverpool Street – which, incidentally, I thought was in Liverpool until I was quite a bit older – we make our way down to the Metropolitan Line tube. We have a long journey, right across from east to west London, only getting off at Hammersmith, the final stop on the line. The tube smelled unfamiliar to a child from Essex – we were in another world, deep in the tunnels under the city. The final stage of our epic journey was on a London double-decker bus. I liked this part the best. Mummy and I would head upstairs and sit on the front seats over the driver – so that we could watch this unknown world go by. The bus conductor, sometimes even a conductress, would come and take our fares. I was fascinated by the whole procedure and especially by the ticket machine that hung around his neck. I loved the rhythmic clicking noise as the conductor manually wound the handle on the side of the machine that printed out the paper tickets and the rattle of change in the leather money bag slung over his shoulder. We rode the bus as far as it went – to our final destination Queen Mary’s Hospital in Roehampton, the Limb Fitting Department.

I loved these trips to Roehampton as a child. We were always greeted warmly and waited in a big open communal area. There was a Victorian style wooden horse on rockers that I would make a beeline for. Once I got to a certain age, I could just reach my ‘good leg’ (as Mum called it), up into a stirrup and haul myself onto the horse’s saddle. Then I would rock back and forward as long as possible until another child appeared or my name was called. This was a vast hospital building, but far more welcoming than Black Notley. The staff were cheery and thoughtful. Wooden parquet floors gave off the comforting smell of polish in the entrance area adding to the warm, almost cosy feeling of the place.

Often, there would be a vibrant row of elderly men in bright uniforms to admire, all sitting in wheelchairs. I was dazzled by the number of medals they all displayed on their broad scarlet chests. These were the Chelsea Pensioners, veterans of both World War I and World War II. We had a mutual admiration and respect. Now I realise that we empathised quietly with each other and they understood how my life with an amputated leg would be, far better than I did at that age.  Mum was at her best in these situations – offering to buy teas and coffees for those who were less mobile; chatting less shyly than usual to the other patients and explaining things to me. If we had a long wait, my nose would be straight back into my Enid Blyton book.