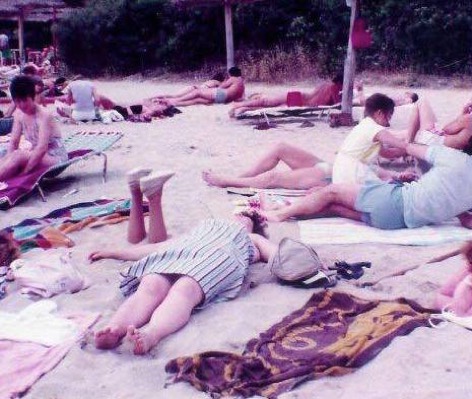 By Brian Payne, Trustee of the Thalidomide Society.

In a previous life I was a conference organiser. These were mainly conferences about the early internet and other communications technologies – indeed my first, over 30 years ago, was on mobile phones. I was the proud user of one of those ‘bricks’… not much like the iPhone. And I’m not much like a yuppie either, come to think. My current £5 phone doesn’t seem to impress anyone very much …

One of the hardest parts of designing a good conference is ensuring that you match your speakers and your audience. If the speaker is too technical (too much nitty-gritty detail) or too commercial (not much said but took a long time to do it) there is a danger that the audience will switch off, yawn, not ask questions, complain and, most critically, not come back to the next conference. The joyful state is when the speaker is just right for your audience and you get a real buzz as people clearly listen, ask questions and interact easily.

And that’s what we had at our Thalidomide Society conference this April 2018. Our key speakers were Neil Vargesson (Senior Lecturer in Developmental Biology at the University of Aberdeen), Martin Johnson (former director of the Thalidomide Trust and author of the recently published book, The Thalidomide Catastrophe) and Selina Hurley (Curator of the new Medicine Galleries at the Science Museum). They all know their stuff, can get it over to an audience and even more importantly, want to listen to and take on board what the audience says. The conference day finished with an interactive discussion about prosthetic stories, led by Society trustees Stewart Lee and Wendy Stubbings, in which everyone present was invited to participate.

Neil Vargesson’s presentation was titled ‘Thalidomide and the Forgotten Thalidomide: how did they do what they did?’ and consisted of a thorough, but accessible, look at the current research into explaining how thalidomide, and similar compounds such as Primodos, affect a growing foetus. I, for one, learned a lot from Neil’s talk and he has said, after talking with members at the conference, that he has decided to undertake some new experiments – actual work in the lab to test out some ideas based on what he has been told by members at the Conference. He was particularly intrigued by the majority of survivors who have left-side upper limbs that are more affected than their right-side upper limbs – in many cases both limbs are damaged, but the left-side is more damaged. So he is now investigating this and seeking an explanation as to why this happens to the left side of the body. Neil says this is also seen in some genetic conditions and the reasons for this are unclear, so he is devising some experiments to investigate this. He has promised to report back on this. 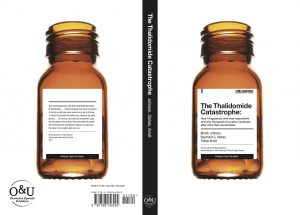 Martin Johnson, in discussion with the Society’s Chair, Geoff Adams-Spink, talked about The Thalidomide Catastrophe, which was also available to members to buy at the Conference. They discussed his research and it is clear how much Martin’s passion to unveil the true story of thalidomide has been driven by knowing and meeting thalidomide survivors – hearing your stories and understanding the desire for justice. The response of our members to Martin’s book and presentation has been tremendous both in the qualitative comments he received and the quantity of book sales at the Conference. 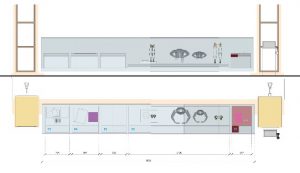 Selina Hurley gave a fast-paced, enthusiastic presentation about the plans for the new Science Museum Medical Galleries; showing, in particular, the role that thalidomide will play in these. This is largely through displays of prosthetics and everyday devices.

Selina told me later that it was wonderful to hear our members’ prosthetic stories as well as hear about and examine pieces of kit used in their everyday lives, which some members had brought along to the event. It reaffirmed for her that including thalidomide in the new Medicine Galleries is going to be an important story for the Science Museum’s visitors to view over the 25-year life span of the galleries. Having a 25-year presentation of thalidomide is important to all of our members too. Selina is using the feedback she has received to further shape her ideas in curating the revamped galleries due to open late next year.

The icing on the cake was a fully interactive discussion led by Society trustees Stewart Lee and Wendy Stubbings. They shared their own prosthetic stories and invited attendees to join in with theirs, which led to much hilarity and was a ‘fitting’ end to the day.

So, this was an excellent conference and truly a two-way process with proper ‘conferring’ going on. Let’s aim for more.